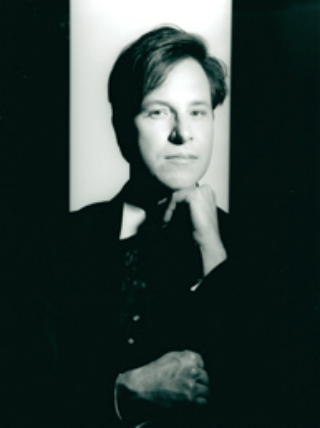 The spontaneity of Mr. Silva’s playing has been admired in concert halls for over two decades. He burst forth on the international scene at age 23, with legend-making performances of the entire cycle of Beethoven’s 32 Piano Sonatas. He proceeded at age 26 to perform and record the complete works of Maurice Ravel, a project commissioned by the French Chamber of Commerce. Mr. Silva was the first pianist ever to perform the Beethoven Sonata Cycle in Georgia. He presented these works in a spellbinding series of eight recitals at the Woodruff Arts Center with much critical acclaim.

The intense lyricism and communicative power in a performance by Francisco Silva is by no means a coincidence. He began piano lessons with a La Scala-trained Italian tenor in the suburbs of São Paulo, Brazil, and that made a permanent impression on the young pianist. A sense of drama, poetry, and an instinctive vocal approach to piano playing symbolize the essence of Francisco Silva’s interpretations to this day. His studies with pianist and composer Amaral Vieira in Brazil, and Dickran Atamian at the University of Michigan, in the “grand tradition” of their respective Masters, Louis Kentner and Jorge Bolet, further enhanced Francisco Silva’s unique abilities. Prior to receiving his Doctorate at the University of Michigan, Dr. Silva earned his Masters Degree at Arizona State University studying piano with acclaimed professor and pedagogue, Caio Pagano.
A winner of numerous awards and distinctions, Francisco Silva’s first major prize at the age of 17 led to his debut performance with the São Paulo State Orchestra (São Paulo, Brazil) under the baton of Maestro John Neschling. In Brazil, he was the youngest recipient of the “Best Pianist of the Year” award conferred by the Art Critics Association for his performance of the Beethoven sonata cycle. In the United States, Mr. Silva received prestigious research grants and awards for academic work.
Mr. Silva’s versatility as a performing and recording artist is a testament to the extraordinary length and scope of his repertoire. His credits as a soloist with orchestras in Brazil and the United States include the premiere of Brazilian composer Amaral Vieira’s Piano Concerto. In collaboration with singers and instrumentalists in three continents, Mr. Silva is a sought-after chamber musician, having performed the complete Beethoven violin and piano sonatas in recent years. He has been a featured artist on NPR’s Performance Today and other Public Radio programs in the United States and on TV Cultura in Brazil.Francisco Silva is currently deeply committed to sharing his knowledge and experience with students, teachers and the general public.
In collaboration with his wife, pianist Mireille Gradeff Silva, he developed an innovative piano program that in recent years transformed the lives of hundreds of piano students. Their book and CD ensemble is designed for the fastest yet comprehensive piano study available for teachers and students. Plans to launch it world-wide are underway. An articulate communicator, Francisco Silva cherishes the opportunity to engage his audiences in conversations about the works and the lives of the composers featured in his programs.

“…First, the best. Sunday afternoon at the Woodruff’s intimate Rich Auditorium, Francisco Silva, a Brazilian-born pianist living in Marietta, launched a complete cycle of Beethoven’s 32 piano sonatas…then came the payoff. In the opening of the Pathetique Sonata Silva told a terrifying tale, full of rage and sorrow and fresh ideas – in short, a thoughtful musician at work. … When he strikes, as he did a great many times on Sunday, the effect is thrilling. His music-making is of the sort that builds a loyal following.”
Pierre Ruhe, The Atlanta Journal Constitution, 2001

“…In the Op. 2 No. 2, Silva contrasted nicely between the lighthearted tinkling bits and the more forceful declarative statements that followed, finding the point at which the moods complement and form a whole. Clearly, he has put a great amount of energy into his interpretations. We know this because he doesn’t cover his tracks. This is part of the pleasure. We hear his connections, pathways, internal structures. And we hear his sense of understanding. More than once in the Op. 101 Sonata…I thought ‘ah ha’ as he made an awkward transition lucid. His reading of the Moonlight Sonata was psychologically probing and rocked at full tilt in the finale – quite exhilarating piano playing.”
Pierre Ruhe, The Atlanta Journal Constitution, 2001

“Francisco Silva is an ingratiating, youthful keyboard artist. Already in his career, he shows the breadth of interpretive understanding and technical prowess needed to bring to life the most demanding of scores. His program ran the gamut of performance challenges, from tender lyricism to the most thunderous kind of virtuosic display… Perfectly in command of the musical-physical responses posed by the works… he was enjoying himself – his sincerity and obvious commitment to the music led to an enthusiastic response from the audience.”
Robert Mueller, The Register News

“…In the past, we had performances of the complete cycle of the 32 Beethoven Sonatas [in Brazil] by great national and foreign artists. In recent times, nothing has been equaled to the extraordinary performance of this cycle by Francisco Silva. Let us mention the authority of this presentation: the interpretive perfection, and complete empathy with the works; everything that could compare him with a Master…the refinement and integrity of a true artist’s soul.”
Carlos Gonzales, O Diário Popular

“In this recording [of the the complete works of Ravel], Silva proves that he is indeed an interpreter! He possesses sensational virtuosity. He is also gifted with a refined sense of style. His strong personal approach, in the same manner of Lipatti or Novaes, is noticeable behind each note he plays. His renditions of Miroirs and Tombeau de Couperin could not possibly sound any better.”
O Jornal do Brasil

“Francisco Silva is a superb pianist, having a most exact technique, and scrupulously respectful of the aesthetic meaning of the music, which implies a complete identification with Beethoven’s musical thoughts. He captures the structural and emotional sense of the Sonatas. His attention to the details of every nuance can be observed in every note, chord, and arpeggio…”
A Folha de São Paulo

“…All the melancholy, the elegiac pathos of the Mozart [Rondo] blossomed beautifully, contrasting with the optimism of the Beethoven Sonata. His renditions of Chopin [Ballade], Liszt [Etudes] and Debussy [Estampes] were completely authoritative, solid and musical… In a rare gesture, the program had a third part, with the exciting pieces by Vieira and Villa-Lobos’ gigantic Rudepoema… And one may ask: how many Brazilian pianists would attempt a program so incredibly demanding and yet play it so well?…It is the right time to quote the Latin phrase: Plaudite, sonat tuba! – Applaud, sound the trumpet!”
José da Veiga Oliveira, O Diário Popular

“…Silva premiered several new [Brazilian] compositions. Gifted with a very accurate technique, he easily masters the most difficult passages and plays with enviable concentration and simplicity… Needless to say that Francisco Silva’s interpretation turned out to be an absolutely definitive and personal one.”
Lea Freitag, Jornal da Tarde

“…from the beginning I was impressed with the seriousness of his approach, his interpretive concentration, the incredible control of the fearful agogic difficulties, the beautiful sonority he has in the slow movements, his spontaneity and the level of communication this is established between artist and public… He can already be proclaimed a great virtuoso pianist…”
O Estado de São Paulo

“…the pianist displayed refinement and sensitivity, and captured the vigor and exuberance of the music in a youthful and enrapturing reading [of Beethoven]… One noticed security and clarity in the fast passages,and musicianship in the pianissimo parts… In the last sonata, Francisco Silva showed all his interpretive potential, by taking more freedom in the cantabile passages. This Cycle was an ideal example for young performers.”
Leticia Pagano, Folha da Tarde